RAISE VOICE FOR # Me Too Movement

After observing continuously the campaign of # Me Too Movement, one thing became very clear that so-called the superhero of the era or the face of every advertisement is the great diplomate too - - no need to write the name, other politicians of present government who are claimed the torch bearer of beti bachao or save the daughter movement are also predators - - though particularly English news media are doing their work honestly - - anyways its a great beginning by Tanushree Dutta against the sexual predators of our society whom we are giving the status of god and saying the pride of humanity, days of Hippocrates, pseudo gentleness and so-called '' sanskari log'' are over, every citizen should raise their voice against these sexual predators of our society
who are just like woodworm making the Indian society day by day too much hollow and weak. Those people of Bollywood (who are against women's movement ) are actually hidden pimp, they want to earn the money after forcing the innocent women indirectly to flesh trade, there should be strict law and regulation for contract/employment for women's safety and protection, there shouldn't be any compromise of their dignity in the film industry / IT sectors/media / or any other organizations. If present government is really honest in their so-called women empowerment policy then they must show 56 inches chest for making immediately law and regulation regarding this comprehensive policy otherwise in coming election women shouldn't vote them.
- Shantanu Sanyal 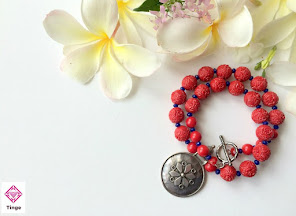 e- mail to ilovetinge@gmail.com, Please visit to following link, the Exquisite self made / genuine Jewellery creation by my daughter NUPUR SANYAL https://www.facebook.com/TingeJewellery?pnref=story